At Leanne Warren & Associates, all of our lawyers are experienced in providing advice about applications for bail [money needed as security against the temporary release of a detainee pending trial] and appearing in these applications. We understand how distressing it is when someone has been arrested and refused bail by the police. The police can issue criminal charges in three ways: summons, bail and remand.

Receiving a summons means that you do not get charged immediately after an interview with the police. Later on in the process, you receive paperwork telling you the charges and when you need to appear in court.

The police can bail you from the police station. This means that when you receive a charge, you will have to sign an ‘undertaking of bail’ before you are allowed to leave.

This document is a promise that you will attend court on the date your charges are to be heard, and every other occasion when your case is listed in court. It may also include ‘conditions’ that you must comply with, such as: not contacting witnesses in your case; living at a particular address; or reporting at a local police station (checking in on nominated days). 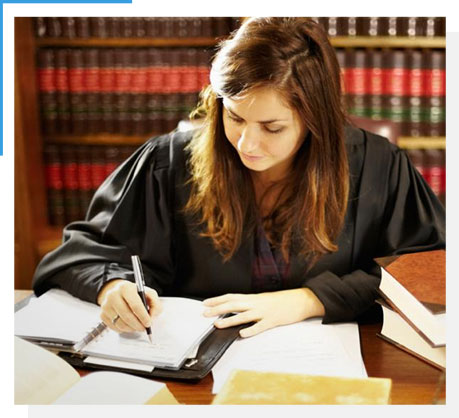 The police can also remand a person in custody, pending the hearing of their charges. They will usually do this when the person has other outstanding criminal matters, the charges are serious, or they think the person might not arrive at the court or might commit further offences. If the police remand a person they must bring them before a Magistrate within 24 hours.

When the remand is out of court hours (such as at night or on the weekend), they must take them before a Bail Justice. A Bail Justice is a volunteer from the community who hears the remand application and decides whether the person should be granted bail. If the Bail Justice refuses bail, the police must still take the accused before a Magistrate on the next day the court is open.
When bail is refused by the police, the accused has the right to make an application for bail to the court. The Magistrates’ Court hears most bail applications but if the accused is under 18, then the Children’s Court will hear the application. If the charge is murder, the Supreme Court must hear the bail application.

The law around bail is complex. The Bail Act 1977 governs the law of bail in Victoria. There are THREE DIFFERENT TESTS the court must apply in deciding whether to grant bail:

The law says every person has a prima facie [on a first impression] entitlement to bail unless they fall into the categories of “show cause” or “exceptional circumstances” (See below). A prima facie entitlement to bail means the person has a right to be granted bail, unless the police can show that the person is an unacceptable risk of: committing further offences, not coming to court, interfering with witnesses, or endangering the community.

This means that the person applying for bail must “show cause” as to why they should be granted bail. The court will consider all matters relevant to the person making the application, and the charges against them. The court will look at things like: the person’s personal circumstances, the support they have in the community, how strong the evidence is, and whether the person is likely to be sentenced to jail if they are found guilty of the charges. This test applies to people who have been charged with certain offences, or have been charged while they are on bail for another matter.

This means that the person applying for bail must show the court that there are “exceptional circumstances” supporting their bail application. The court will consider similar matters to those in the “show cause” type of application, but the requirements are more stringent. People who have been charged with very serious offences (such as large-scale drug trafficking or murder) must show “exceptional circumstances” to be granted bail.

A person in custody has one chance of making a bail application. If that application is refused, they can only make a further application if:

If it is the Magistrates’ Court that has refused the application then a further application can be made to the Supreme Court. Because it can be difficult to make a second application for bail, it is important that the first application is well prepared and well timed.

Magistrates can be reluctant to grant bail to people who are withdrawing from drugs at that time. This is because they are concerned that the person may commit another offence because they are desperate for more drugs. It is also important to be able to show the court that the person has support in the community such as: stable housing, family support, or assistance with mental health/drug addiction.

Sometimes, it is wise to delay making a bail application until sufficient evidence of this nature is available. Nobody wants to wait to get out of jail, but it can be a good idea to wait and maximise the chance that you will get bail the first time.

Leanne Warren is an accredited criminal law expert specialising in providing advice about applications for bail and appearing in these applications.

As per our discussion this afternoon, I am willing to accept the prosecutors offer of dropping all charges against me. Please pass on my thanks to Matt for his involvement in this matter, and of course a big thanks to yourself also. I’d give you guys a hug if I could for the professionalism and care that you show in your practice.
All the best to you and your team,"

"It’s just started to sink in, what happened at court today and I would like to thank you again for your understanding and support. You made it all much easier J. I am driving back home to work my butt off so I can start my life again."

"Cannot ask for a more professional Law firm. Kate was very professional and is the best criminal lawyer. Thank you, Leanne Warren, for putting me on to Kate to represent me; she's the best!"

If you need to discuss a potential application for bail, please contact Leanne Warren & Associates urgently to obtain advice and representation. Please contact us on 03 9670 6066.